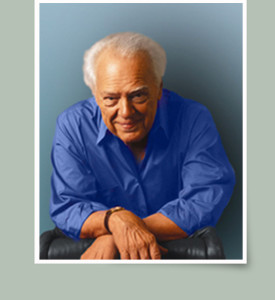 The discovery of the dural tube movement by John E. Upledger became the foundation of his groundbreaking research, supporting the development of the CranioSacral Therapy. Regarded as an outstanding innovator, Dr. Upledger served as a professor of biomechanics at the Michigan State University between 1975 and 1983, where he led a team of anatomists, physiologists, biophysicists and bioengineers. On the basis of research conducted and published by Upledger’s team, the principles of the CranioSacral Therapy were formulated.

In 1985, after many years of exploring and experimenting, Dr. Upledger founded an international institute to propagate the CranioSacral Therapy. Today, the Upledger Institute is comprised of thousands of practitioners from all over the world, with an educational curriculum that offers countless possibilities of self-development, which is something that distinguishes CST from other methods. Established in Florida, US, known for its clinical research and therapeutic programmes for patients, the Upledger Institute has satellites all over the world, thus guaranteeing that the CranioSacral Therapy courses are conducted according to a scrupulously designed programme and taught by highly qualified teachers, offering participants the chance to ‘learn from the source’. 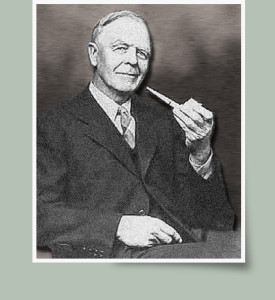 Dr. Sutherland was a discoverer in the field of cranial osteopathy. He was one of the first researchers who claimed they could feel the rhythmical movements along which cranial bones were changing their shape, which he later called the ‘primary breathing’ and developed the skill of palpating on the whole body. Sutherland studied osteopathy at the famous A. T. Still’s American School of Osteopathy, where he had a chance to learn about the latest cranial osteopathy discoveries. It fascinated him so much that he spent many years studying and experimenting these phenomena, as well as formulating a structured concept.

Sutherland’s theory was first made public in 1940 after several decades of research. He observed such phenomena like: cerebrospinal fluid fluctuations, the importance of the fourth ventricle, mobility of the brain and spinal cord, mobility of the cranial bones, and mobility of the sacrum independently of the will.

For many years, Sutherland taught cranial osteopathy. His contribution to the advancement of osteopathy was immense. He was an inspiration for many generations of investigators, including Dr. Upledger. 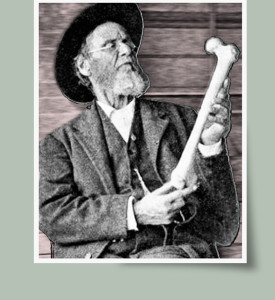 Andrew T. Still was an American physician who started his career as a hospital steward and was serving as a surgeon during the Civil War. After the war and following the death of his three children from meningitis, Still concluded that the conventional medicine of his time was ineffective and sometimes even harmful. Therefore, he devoted the next 30 years of his life to studying the human body and finding alternative methods to treat diseases.

Still invented the name ‘osteopathy’ by blending two Greek words: osteon – for bone, and pathos ­– for suffering. The name ‘osteopathy’ was intended to illustrate that etiologically disease and physiological dysfunction originate from musculoskeletal disorders. He believed that by diagnosing and treating the musculoskeletal system in the right way doctors could treat a variety of diseases without the use of drugs. Still was one of the pioneers who promoted the idea that doctors should treat the disease, not only its symptoms.

Andrew Taylor Still is considered to be the father of osteopathy and osteopathic medicine. He founded the American School of Osteopathy in Kirksville – the world’s first medical school of osteopathy.
Save